Please provide legal counsel and assistance to individuals harmed by Big Tech corporations: Facebook, Twitter, Google, as well as the Wikipedia website, in order to prepare and file direct class action lawsuits against the aforementioned entities representing Polish citizens in the state of Polonia who have been harmed by the aforementioned corporations.

Facebook, an American corporation, interfered in the electoral process in Poland by blocking for 2.5 months out of a 3-month campaign, the 700,000th account of the Polonia candidate in the 2020 presidential election in Poland.

During the presidential election campaign in Poland, Facebook interfered in the electoral process of a foreign state by banning accounts of candidates, limiting the reach of posts, increasing exposure of candidates preferred by corporations, and allowing organized trolling of accounts of Polish citizens in the state of Polonia in order to obtain a desired electoral result.

Facebook uses its monopolistic position on the social media market to maintain control over Polish citizens in both states: Polonia and Poland; in my case, the exposure of my Facebook account remains has been cut by 95%, and my account remains under threat of permanent deletion from the website.

In addition, Wikipedia editors have been and continue to be complicit in blocking truthful information about the political situation in the state of Poland: Following the publication on Wikipedia of information about my candidacy in the 2020 presidential election in Poland, my Wikipedia account has been almost completely deprived of content, with the Polish edition featuring information that is distorted or outright untrue.

My Directive on Wikipedia is as follows: Wikipedia editors who edit biographies of Polish citizens and edit articles related to Poland cannot remain anonymous – they must disclose their name under penalty of up to 10 thousand zlotys/case. Please include this provision in the construction of your lawsuit.

Please also create a sub-page on the Consulate’s website to allow the citizens of the state of Polonia to join class action lawsuits prepared by the Consulate in order to receive financial compensation for abuses committed against Polish citizens by the corporations in question.

The letter to you is ‘open’ – it will be published online and on the R-US.com website. 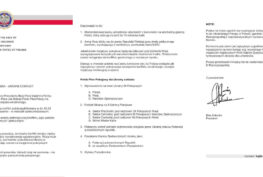 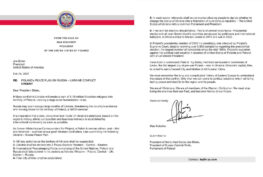 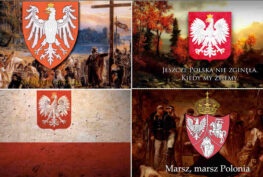 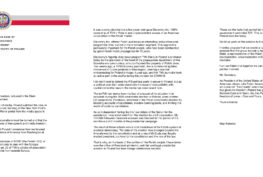